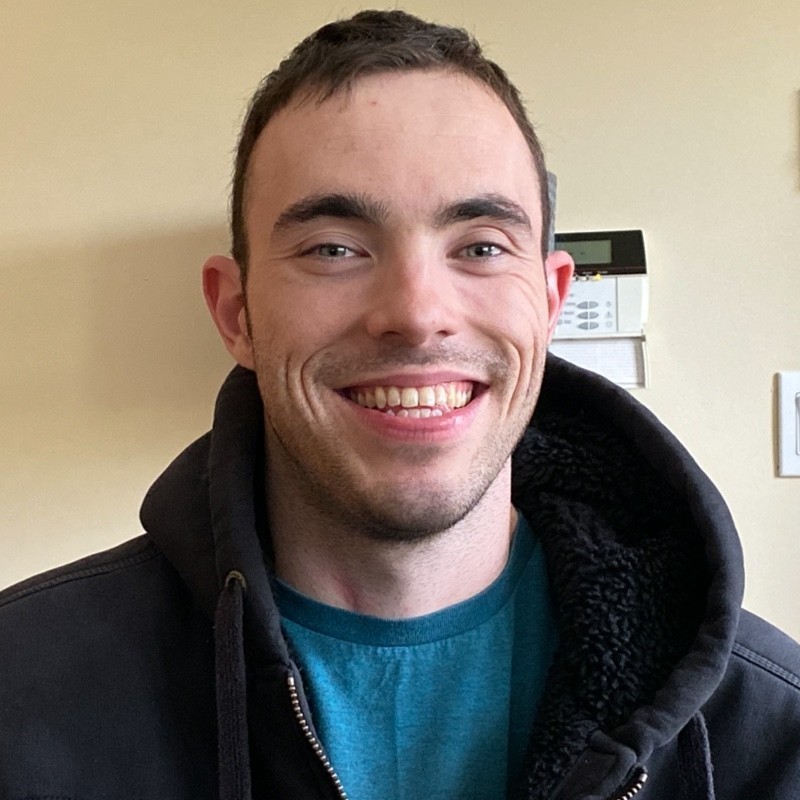 Meet Sam Douglas, IT Support Analyst at Praxis. Prior to his current role, Sam worked for Praxis as the Global Research Platform and BC Programs Support where his work focused on data, spinal cord injury (SCI) research, persons with lived experience (PLEX) engagement and innovation.

What do you do at Praxis?
I work in the IT Department as a Support Analyst. This is a new role which I began in October 2022. Prior to that I had a split role at Praxis: working as the Global Research Platform & BC Programs Support where I divided my time between IT and the PLEX department.

In my new role I coordinate study updates for the Global Research Platform (GRP), assist with testing for other database tools, and engage with our external stakeholders for any study related requests or concerns which they might have. In my spare time I am also learning Structured Query Language (SQL).

Why does working in the field of spinal cord injury matter to you? What brought you to Praxis?
I became interested in spinal cord injury after I acquired one while at work in March 2017. Prior to my injury I worked in an industry called industrial rope access. I worked as an IRATA certified Level 1 rope access technician for 9 months and gained experience in many different environments including setting up for events at BC Place, building the Walterdale Bridge in Edmonton, hanging the snow and ice removal system on the Port Mann Bridge during winter, and working at a remote gold mine in Northern BC- to name a few.

The day I was injured I had just finished rappelling a building in downtown Vancouver. I was standing in the wrong place at the wrong time when a platform broke and I fell 27ft where I shattered my C5 vertebrae. I sustained other injuries as well including severe lung contusions requiring immediate ventilation, lacerated fingers and a head injury.

PSA: please wear your helmet – a helmet saved my life!

Once injured, I was AIS B for two months before I started to see gains in my function. Within 6 months I was an AIS D. My personal recovery is what really sparked my interest in the field of spinal cord injury. It was clear from my own experience in rehab (G.F. Strong Rehabilitation Centre) and from speaking with peers that the extent of my recovery in terms of motor function and autonomic function was an exception rather than the norm.

I think about my injury in the context of how the outcome could have been very different had it occurred outside of Vancouver (such as at the previously mentioned goldmine). As Dr. Kwon says: time is spine.

I was grateful to be offered a volunteer position at Praxis in the summer of 2019. I met Penny Clarke-Richardson and John Chernesky, Praxis PLEX Program Manager at Unite 2 Fight Paralysis (U2FP) in 2018 (when the conference was hosted in Vancouver) and afterwards found myself asking them for further opportunities to be involved with Praxis as U2FP left me with more questions about SCI than I had answers.

What excites you about your work?
Being able to help others who have spinal cord injury.

What is the most challenging part of your work?
Working indoors. Prior to Praxis I never worked in an office job. Paralysis or not it has been a tough change as someone who really enjoys working outdoors.

How do you decompress after a long day in the lab/office?
Get outside and move. Breathing the fresh air and looking at those mountains really is a privilege.

What’s the best advice you’ve ever received in your professional career?
Work hard, it is good to be challenged that’s how one learns and gains experience. But remember to slow down, listen, and ask the right questions as this will round out perspective. The whole is greater than the sum of its parts.

Get to Know Sam:

What was the last series you binged?
Better Call Saul, Peaky Blinders

Do you have a favorite quote?
I have two:
1. The difference between the possible and the impossible lies in one’s determination.
2. The more I learn the more I realize how much I don’t know.

What is something from your childhood that you still have?
My pencil box from Kindergarten and Grade 1.

The most adventurous thing you’ve done in your life.
Spending time at one of the highest-grade goldmines in the world located in Northern BC. Each day the Team and I would drive across an ice road carved into glaciers to get access to the job site. It was hard work and the avalanche control for the road could be scary at times (our truck was at risk of being buried if the coordination was wrong), but it was an adventure each day.

From a purely recreational perspective: visiting New Zealand in 2014 was also a fantastic adventure. Gorgeous coastline and lots to explore.

What’s your favorite time of day?
The morning.

How do you handle pressure in your work?
Still working on this one. But, taking a step back for a moment and having a deep breathe really does help. I am also looking into/exploring some meditation.

Where did you grow up?
I was born in Edinburgh, Scotland but by the time I was 12 had lived in: the island of Bermuda; Coventry, England; and Vancouver (for a second time!).

How do you unwind?
Walks with my girlfriend and our dog (Gordie), attending the PARC (Physical Activity Research Centre) gym at Blusson Spinal Cord Centre and visiting the local brewery.

What’s some of the best advice you’ve given or received?
Chill out, don’t take life too seriously.

What’s the best advice you’ve completely ignored?
When I got into the rope access industry my dad would joke around with me and say: don’t fall. I can say that in some respects: I ignored that one. 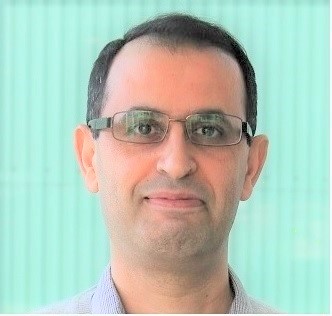 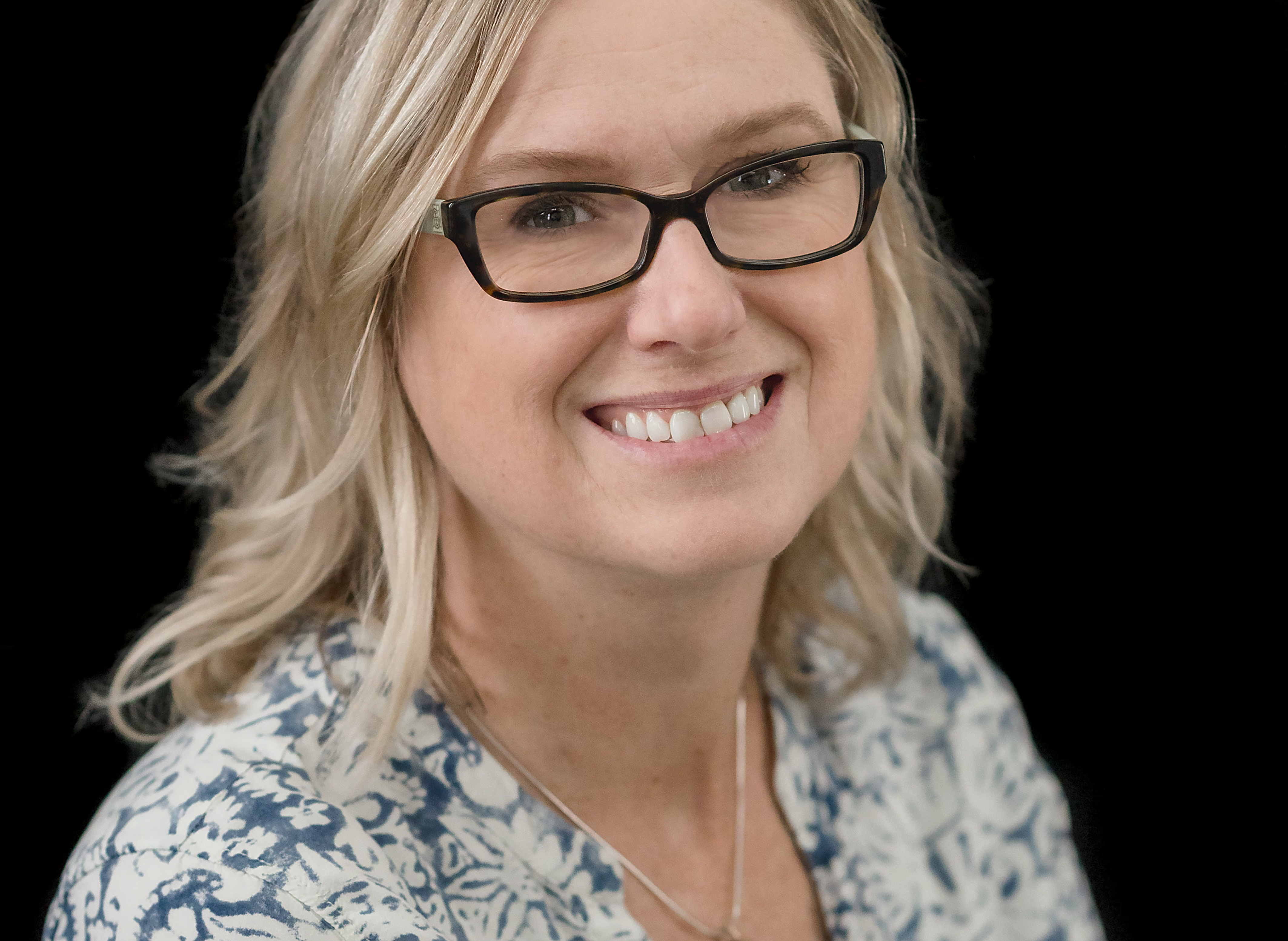 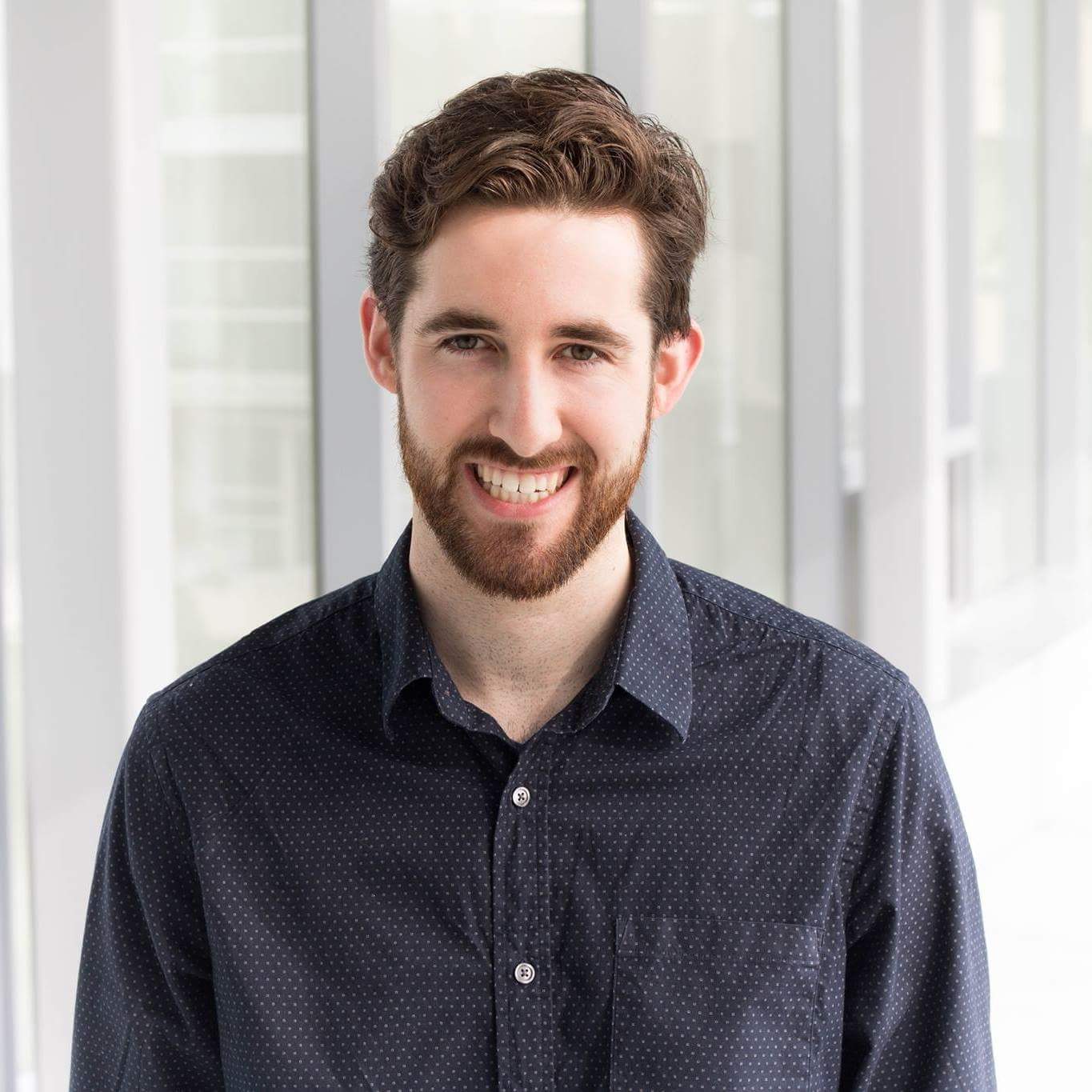